If you have ever faced the issue of home clearance, then you know how time and energy consuming it can be. Throwing away your old goods may seem simple but it soon becomes apparent that things are tougher than you have ever expected. SW19 waste removal process includes sorting thoroughly through your belongings to find which of them are old, damaged or unused. Finally, you should bag these items and sort them, so that they are easy to carry and transport. Some goods can be placed with your usual Wimbledon waste disposal pick up but if you have larger goods such as fridges and freezers, they cannot simply be thrown away. Instead, you will have to take special actions to solve this problem. You will have to contact recycling centres in Wimbledon and other firms to get things done.

When you contact us on 020 3540 8282, you will be assured of receiving professional waste clearance in SW19 area. We will gladly talk you through the process and answer any questions you may have. We want to provide you with all the useful information and all the tips you have to know about your Wimbledon rubbish removal. Thus we will be able to decide what kind of help you need to make the process manageable. Our staff will reveal all the secrets and professional methods of the process in general or of certain clearing services.

Making a Rubbish Removal in Wimbledon a Simple Matter

We have various Wimbledon rubbish clearance SW19 professionals available who can assist you. They will be deployed to your address ready to complete your clearance. They have the strength and skill to punctually get you work done in professional and proper manner. Their job consists in sorting goods, carrying them and transporting them from your home. We will take the relevant disposal steps according to your personal preferences, so you don’t have to do a thing. Our waste collection company in Wimbledon, SW19 will ensure everything is done expertly and items are disposed of properly.

If you are facing this step for the first time or you want to make it easier on your latest attempt, then contact us on 020 3540 8282 to receive expert property clearance services in SW19 area.
Handy Rubbish is dedicated to giving you the best deals of home clearance services in Wimbledon. We provide our clients with a free quote that reflects the services you desire. It lets you consider the price before you make any sort of commitment, so that you only settle on a deal that is suitable for you. Our SW19 rubbish disposal Wimbledon services are available to you today, so give us a call now for further information.

Anytime I need a rubbish removal service, this will be the place I call. They were absolutely wonderful and cheaper than the other Wimbledon places I contacted.

In need of Wimbledon rubbish removal? Give Handy Rubbish a ring. They have an amazing team and better rates than most.

Getting permits and permission for skip hire in Wimbledon seemed to be a real hassle. Hiring Handy Rubbish for builders waste disposal was the hassle-free alternative. Everything happened swimmingly. I'll definitely use them again whenever I'm in need.

The best rubbish clearance company in Wimbledon goes to Handy Rubbish! I can be proud of my home now.

The back garden of my Wimbledon flat needed some TLC. There was an old shed that was half torn down and several general piles of rubbish. I called Handy Rubbish on the advice of a neighbour. They have reasonable rates, and the team that was sent out was highly-trained and professional.

After clearing all the waste. Handy Rubbish crew ensured that everything was back at its place instead of leaving the bins on the driveway like other companies in Wimbledon SW19.

Best Junk Removal Company in Wimbledon ever. Can't compare the services to any other.

Household waste removal isn't generally something I look forward to. Luckily, I no longer have to think about completing the task. With their prices and expert services in SW19, I can just palm the entirety of the work off into the capable hands of Handy Rubbish.

The gentlemen from Handy Rubbish that came to help us in waste removal were great! They were here early, moved some pretty heavy waste material up windy flights of stairs and were very friendly and professional as we people from Wimbledon prefer! We would hire them again any day.

We have old windows, doors, air conditioners and chairs that need to be removed in Wimbledon. I contacted them, filled the form and got their quote for the rubbish collection. We reached a deal and delivered 12 hours after. They are marvellous.

There may be other good waste collection companies in Wimbledon, but Handy Rubbish is our popular choice. They understand the work.

Handy Rubbish has a wonderful team in SW19! I used their rubbish disposal service yesterday and was amazed at how fast and hard-working they were! Best in Wimbledon, for sure! 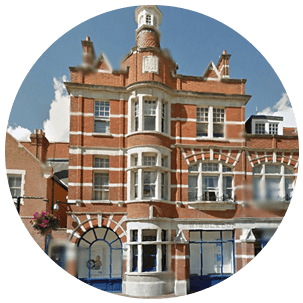 The area is in South West London within the Borough of Merton. Around 57,000 people live in the village and city parts of the area. It is within the SW19 and SW20 postcode areas, and nearby the SW15, SW17, SW18, KT2, KT3 and SM4 areas. Some nearby places are Putney, Roe Hampton, Tooting, Wandsworth, Kingston upon Thames, Hampton, Canbury and Morden. The area has evidence of inhabitation from the Iron Age. The manor was part of Mortlake as listed in the Domesday Book. By the 17th century, it was home to numerous wealthy families. As with many parts of London, it became urban with the opening of the railways. Wimbledon Library, Christ Church, Trinity Church and Ely’s department store were erected by this time. The Wimbledon Championships is the oldest ongoing tennis tournament and is considered one of the top challenges of the sport. It is held here annually and there is a museum dedicated to its history. There are many theatres, museums and open spaces here, with a prime example of the latter being the Wimbledon Common.