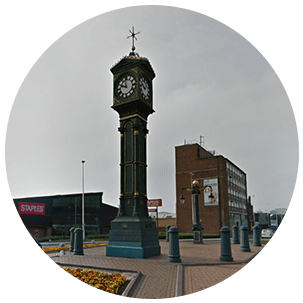 Get to Know Aston

Aston is located in the West Midlands of England and constitutes a ward within Central Birmingham. The district is home to the Premier League football club Aston Villa F.C and Aston University. Some of the notable localities in the neighbourhood include the Barton Arms, a public house in the Newton area and The Parish Church of St Peter and St Paul, which lies next to Aston Hall. The hall is managed by the Birmingham Museum of Trust since 2012. Other places of interest are Aston Expressway, Aston Reservoir, Spaghetti Junction and King Edward VI Aston School.