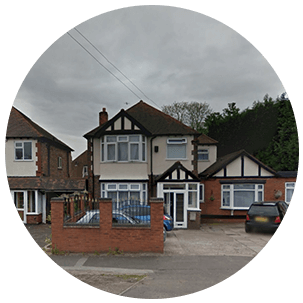 What to Do in Boldmere

Boldmere is a suburban area within Birmingham, bordered by New Oscott, Sutton Park, Sutton Coldfield, Wylde Green, Erdington, Short Heath, Perry Common and Kingstanding. The district is home to the Highbury Theatre Centre. Boldmere St. Michaels football club is based in the area. There are a number of churches situated in the suburb, including St Michael’s, St Nicholas’s, Chester Road and Baptist Church. The district is served by the Wylde Green and Chester Road railway stations on the Cross-City railway line and by several National Express West Midlands bus routes.