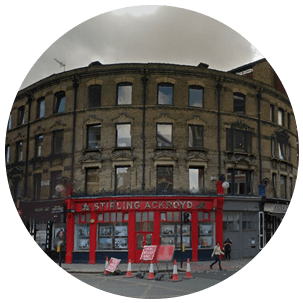 Clerkenwell, a One-Time Home to Spa Baths, Tearooms and Theatres

Clerkenwell is in the London Borough of Islington located between King's Cross and the City of London. The area gets its name from 'Clerks well', a source of water which was first used by a nunnery in 1140.  The same was rediscovered in Farringdon Lane in 1924. Clerkenwell has been a fashionable place to live through much of its history. In the seventeenth century, for example, Oliver Cromwell, the Duke of Northumberland and Erasmus Smith all lived there. The area was known as a 'resort' with many spa baths, tearooms and theatres. Sadlers Wells Theatre in present Clerkenwell continues this tradition and has been the sixth such venue to be built at this Rosebury Avenue site since 1683. Much of Clerkenwell's housing today is Georgian terraces along with early 20th century tenement blocks and municipal buildings. The only train station in the area is Farringdon Station which is also a tube station on the Circle, Metropolitan and Hammersmith & City lines. There are also mainline services to Brighton and Bedford amongst other destinations.  Places within easy reach of Clerkenwell include Holborn WC1 WC2 to the south-west, Smithfield EC1 to the south, Bloomsbury WC1 to the west, Islington N1 to the north and King's Cross to the north-west.