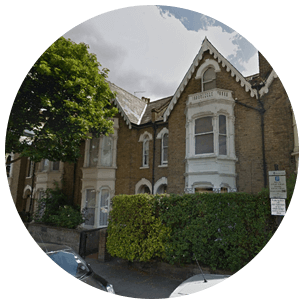 Dartmouth Park, in the NW5 district of north London, falls under the London Borough of Camden. It lies on the hill that rises from Highgate to Kentish Town and is bordered on the west by parliament Hill Fields. Most of the architecture in this region consists of late 19th century terraced and semi-detached houses although a few recent buildings have also cropped up n the area. Dartmouth Park is home to a variety of people, from young professionals and families to retired couples. Darmouth Park does not have a station of its own. The nearest Underground station is Tufnell Park tube station and the Overground railways services Gospel Oak station nearby, although a number of buses from London Transport also operate in the area. A small but attractive park on Dartmouth Park Hill, which have the same name as the district, contains mainly houses but also has a children’s playground and a green bank with impressive views. Although this area does not have any high streets, there are a number of independent shops in the neighbourhood that might draw one’s attention. The Earl of Dartmouth developed housing and streets in the area, some of which are still famous such as Grove Terrace which is an imposing row of Georgian town houses and Holly Lodge estate which has a number of Tudor houses and flats.