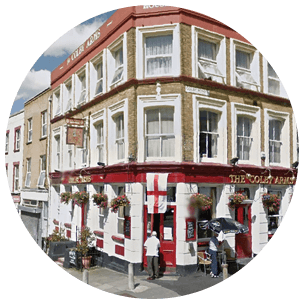 Gipsy Hill has always been an interestingly named part of London. Found south of the river Thames in the Borough of Lambeth, the area seems to have been named after a settlement of Gipsies who lived in the area until the railway station was built and they were probably driven out by redevelopment of the area. In fact, the famed London diarist Samuel Pepys notes that he went to visit the ‘gipsies of Lambeth’ and this is most likely a reference to them. Whilst the area does have hills that are referred to as Gypsy Hill, the name covers flat parts of the southern areas of Lambeth as well, so it is not all steep walking! Interestingly enough, Pear tree house, a flat block on Gipsy Hill has a decommissioned Nuclear Bunker built in to it, which may be another alluring idea for any historians out there. The area is well-connected, bordering on Crystal Palace, west Norwood, and west Dulwich. These places are all served by excellent rail and tube lines, like Gipsy Hill rail station, and Crystal Palace overground station, which will get commuters up towards east London, across to south London.