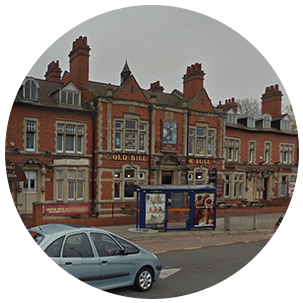 Hay Mills is an area in the eastern part of Birmingham, close to Small Heath. It's part of the West Midlands electoral region of the European Parliament and has fairly substantial historical significance. Hay Mills takes its name from the Hay Mill that stood on the River Cole – this mill has existed since at least 1495. In the late nineteenth century, the St Cyprian's church was built, and is now one of Hay Mill's Grade-II listed buildings. This building formed the centre of the village that modern Hay Mills has expanded from. When it comes to transport, you'll have to go to nearby Tyseley and Small Heath for railway access – but they're both less than a mile away.