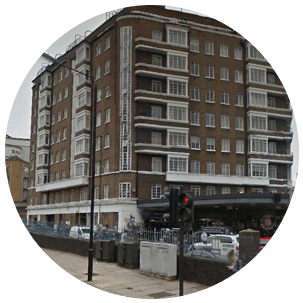 Posh, pronounced, and almost perfect, Marylebone (or St. Marylebone) is one of the affluent areas of not only the City of Westminster, but also Central London on a whole. The area is bounded by four roads in Oxford Street, Marylebone Road, Edgware Road, and Great Portland Street, but the broad definition states that the area is bound by the area of the Marylebone Village. The area is home to countless landmarks including Marylebone Cricket Club, Dorset Square, Queen’s Hall, Egton House, St. George’s Hall, Yorkshire Stingo, and it was also the former home of the famous Theatre Royal. The key neighborhood in the area from a residential perspective is Lisson Street, which is where you will find most of the regions glorious gardens. It wouldn’t be a true residential area in London if it didn’t have the transport connections to match. There are countless London Underground stations within walking distance of Marylebone including, Marylebone, Bond Street, Baker Street, Edgware Road, Marble Arch, Oxford Circus, and Regent’s Park. National Rail station Marylebone is also close by, along with more bus routes than anyone cares to mention. Marylebone is without doubt one the capitals leading hotspots, so why not pay it a visit next time you’re in Central London.