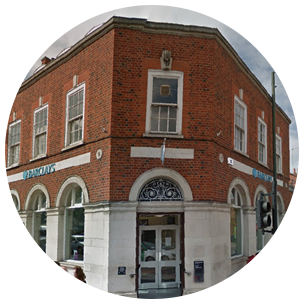 Mortlake is situated in the London Borough of Richmond upon Thames and its postcode district is SW14. Lying on the banks of the River Thames, nearby areas include Kew and Barnes that have the postcode districts TW9 and SW13. Notable landmarks in Mortlake include the Mortlake Brewery and Queen Victoria’s old waiting room, which was formally used upon her visits to the nearby Richmond Park. Mortlake really provides a fantastic view of the river, made even more spectacular by the iconic buildings in the area such as the large breweries and Barnes Bridge. Take a walk along the riverside promenade for an idyllic view of the river and stop off for a bite to eat at the White Hart or the Ship Pubs, situated at either end of the riverside walkway. Mortlake High Street is the place to go for all your shopping needs, with convenience shops, cafes and other essential amenities easily available in the areas main shopping district. There are plenty of transport options to get you in and around the rest of London, the main one being the National Rail service from Mortlake Railway Station which can get you to Charing Cross in about 30 minutes.