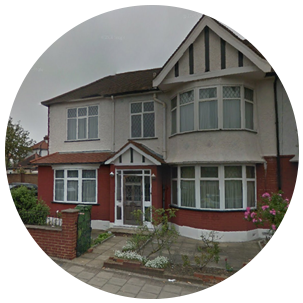 The Quiet Suburb of Neasden

Situated in North West London in the Borough of Brent, Neasden is a quiet little suburb just around the corner from Wembley and the North Circular. Neasden meant ‘nose hill’ and used to be a farming village, but the farm land has now been replaced with residential streets with large houses such as The Grange – a vintage building and one of the most iconic in North London. Neasden is also home to the Shri Swaminarayan Mandir – a Hindu Temple and the largest outside the subcontinent. Millions of people flock to the temple every year during various religious events.