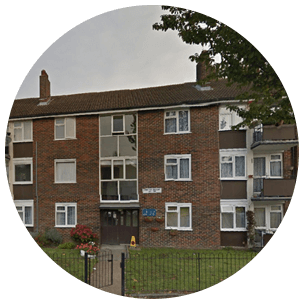 New Addington is situated in South London and is part of the London Borough of Croydon. Its postcode district is CR0. The area is fairly isolated from other districts in Croydon, however nearby areas include Shirley and Biggin Hill. This isolation from other boroughs, gives New Addington a strong community feel to it, with local residents being friendly and accommodating to everyone in the area. Surprisingly for an area in the Country’s capital, New Addington has a generous amount of parks, greenery and open spaces which has not diminished, even after the development and housing projects that have recently taken place in the area. The Central Parade in New Addington is the place to go for all your shopping needs, with supermarkets, cloth shops and other popular high street stores all situated in the districts main shopping area. The Central Parade can be accessed from the rest of New Addington by the Croydon Tramlink service, which can also take you the nearest railway station that is West Wickham Station that provides a regular National Rail service to Charing Cross.