When it comes to rubbish removal in North West London, Handy Rubbish is a removal firm that gives you a top-quality help for a price that is surprisingly low. We clear all kinds of properties and land and can take almost everything away that's getting in your way. If it's a home clearance, say a rubbish disposal, and then we can remove things like white goods such as washing machines as well as furniture and everything else which can clutter up a property. We can clear everything for you or just specific items you want removed. 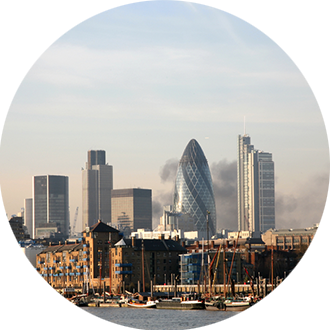 North West London is an overall area which includes some of London's most popular and desirable districts to live. From Kentish Town in NW5 to St John's Wood in NW8, or the vast green area of Hampstead Heath to the busy streets of NW1, including Euston and Marylebone, north-west London is a part of London, it could be said, that's even more popular with residents than it is for tourists. Further out lie the boroughs of Barnet, Enfield and Harrow. In Barnet, you'll find the RAF Museum at Hendon Aerodrome, one of many places of interest you can find in the north-eastern part of London. Harrow has its own museum and heritage centre. Mill Hill, Kilburn and Cricklewood are all areas well known further afield from London and with their proximity to the centre of London, it's no wonder they are as popular now for residents and businesses as they have ever been. From NW1 to NW11, many will tell you there's no better place in London to live in terms of amenities, transport and entertainment than North West London.

We are a company that does everything it can to make sure you are completely satisfied with the service given. We give you garden waste clearance that uplifts natural debris such as soil and grass as well as unnatural rubbish such as litter. It could be a piece of wasteland you are wanting cleared and different waste clearance services we have within our overall clearance firm means you get the exact service you want. Our dedicated waste removal team can arrive at a property anywhere in North West London whether it's for a commercial or a domestic clearance. To find out more about our property clearance services you can call us now on 020 3540 8282.

There are many reasons to hire our house clearance professionals and North West London rubbish clearance experts. One major advantage is you don't have to hire a skip which can be both costly and inconvenient. Handy Rubbish is the cost-effective alternative to skip hire as well as the practical alternative. We can give you a same-day service and always give you an efficient service. Waste disposal is something that often needs to be done as a priority and it's why you should get in touch with our rubbish clearance services sooner rather than later.

Our team can arrive at any location specified by yourself, collect the rubbish, remove it and dispose of it safely and legally. We try to recycle as much as we can and also only use licensed recycling facilities. It so easy to hire our North West London waste collection services as well. All you need to do is give us a call on 020 3540 8282 and let us know what you would like do. We'll give you a free quote immediately so you can see in terms of price alone just what great value we are and also answer any other questions you have. North-west London rubbish removal is our business and we also make it our business to give you a friendly, affordable and professional service.

Handy Rubbish is golden. These guys that showed up to provide waste removal services in North West London were polite and timely. They did a wonderful job.

I received a junk removal service from Handy Rubbish. I asked them to pick up an old exercise bike for me. They were very nice guys. Were a little bit late because of some rain but I had good communication beforehand. They were able to get the bike out with no problem, despite some tight spaces. Great service in North West London!

The guys from this junk removal company in North West London arrived early and removed my furniture quickly.

They did exactly as they said they would do for my rubbish removal. Thank you guys so much from North West London.

These guys are very professional. The best to ever do a waste collection for me in North West London.