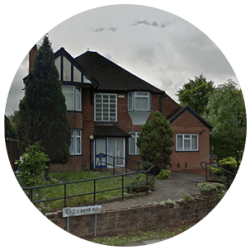 Sarehole us an area in Hall Green in Birmingham and was formally part of Worcestershire. It is near the River Cole.  It was once a hamlet and later a farm. Sarehole Mill has stood here since 1771 and is now a Grade-II listed building and a popular tourist spot.  Author J.R.R. Tolkien used to live here as a kid and the area is believed to have influenced his works, and many places in his books have been inspired by the local scenery. The path along the river is named after historian John Morris. Swanhurst Park, Billesley Common and Moseley Bog Nature Reserve are some local green spots.