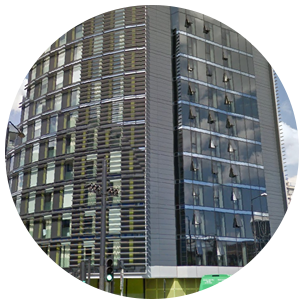 Tower Hill is a part of the London Borough of Tower Hamlets, located north west of the Tower of London just to the east of City of London boundary. This area is one of the oldest parts of London with archaeological evidence suggesting that there was a settle on the hill during the Bronze Age. It was previously known as Great Tower Hill and was historically a site for public executions; the Tower Hill Memorial stands in the site today. The main modes of transport in the area are the London Underground and DLR which operate at Tower Hill tube station and Tower Gateway DLR station respectively.