For rubbish collection and disposal the hassle-free way, contact Handy Rubbish by phoning 020 3540 8282. We can help you with all kinds of rubbish removal in East London whether it's commercial clearance, say from an office building that's been renovated, or whether it's from a house clearance where you're disposing of items within a property. We have the personnel, the experience and the overall knowledge to take care of any waste. We come and collect it, load it into our truck and dispose of it ethically and legally. We try to recycle as much as we can at licensed waste disposal sites. Our aim is to give you junk disposal which is both professional and available at a great value price. 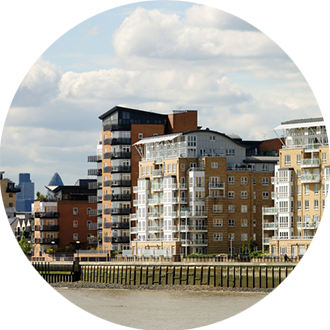 East London is an area which has within it a number of different boroughs such as Barking & Dagenham, Lewisham, Tower Hamlets and Newham. It's an area of London which has perhaps gone through more change than most in recent years. Not just because of specific events such as the 2012 Olympic Games but with it also taking in the City of London, it's a place that in terms of development, is one of the most vibrant, not just in the UK but in Europe. Many areas are now seen as fashionable and in many places it's as known for its art and culture as for its more traditional and historical associations. From E1 and Whitechapel to East Ham E6 or Hackney E5 and Walthamstow E18, it takes in many well-known areas as it stretches out towards the borders of Essex. For the visitor and resident alike, it's an area full of interest and much charm and a part of London that seems set to flourish even more in the future.

We feel we provide an important service and in keeping the streets of East London clean, we are proud of the work we do and of making it possible for anyone to hire an expert clearance company without it breaking the bank. Home clearance, commercial clearance, we take care of East London rubbish disposal and help you when it comes to builder's waste clearance. In fact, there's almost no limit to what we can do for you when it comes to rubbish removal and it all begins by giving you a great low price which can find out immediately by giving us a call.

Rubbish Disposal in East London That's Better In So Many Ways

We've been in the East London waste removal business long enough to know that almost every situation in regards to rubbish clearance is unique. We can tell you immediately that no job is too big or too small for us. We treat every job we go to in regards to its particular circumstances in addition to whether it's a garage clearance, flat clearance or junk removal. What always stays the same when you hire our company is that we give you clearing services that are meticulous and thorough in the way they are carried out. Our waste clearance personnel are trained to handle all types of junk, waste and rubbish.

We Have Variety of Affordable East London Rubbish Removal Services

It's collected efficiently, loaded quickly and taken away so you're left with a building or a piece of land which is transformed because it's now free of unwanted items. We are also the company to come to when you need rubbish clearance done specifically to your demands. Home clearance done by us is one that is done with care and attention. So no matter what kind of waste collection you would like, whether it's a garden clearance or office clearance, call 020 3540 8282 and let Handy Rubbish make your life easier by making any location cleaner in no time at all.

They were great. They even updated me on the time I could expect my rubbish collection in East London. The crew from Handy Rubbish was polite and efficient. I was very impressed with my experience. Way to go!

Handy Rubbish provides very fast and professional rubbish removal services. I had a good experience with them from start to finish. I would use again, and I encourage others in East London to use them as well.

They were on time and didn't damage anything when they picked up an old piano for junk removal in East London.

They called 15 minutes before arrival to my home in East London. They were courteous, careful and completed the waste removal job in a short period.

The two young men who came to my place in East London for junk collection impressed me so much!