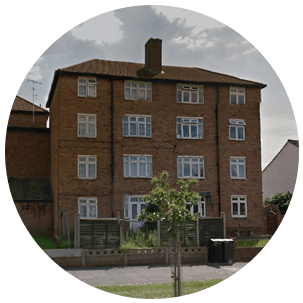 Creekmouth is an area which lies on the north bank of the River Thames between the River Roding and Dagenham Dock. It goes as far north as Thames Road including what is now popular as the Barking Riverside area. The Thames View council estate now lies between Creekmouth and the A13 further north though it was well known as part of Creekmouth until the mid-1950's. Buildings first started being built at 'Creek's Mouth' in the 16th century in an area which, before then, was marshland. Fishing became an important industry in the area during the 19th century, then during the 20th century it became the home of Barking Power Station until it was relocated to Dagenham Dock. Creekmouth is covered by the London Borough of Barking & Dagenham. There are no tube stations in the immediate area, the nearest being Upney, on the District Line, which is to the north. Dagenham Dock Railway Station is to the east and the DLR station of Gallion's Reach is to the west. The main thoroughfare around the area is River Road. Nearby areas include Beckton, East Ham and across the River Thames, Thamesmead. Creekmouth is covered by the postcode IG11 with adjacent postcodes to the north being IG1, IG2, IG3 and IG4.