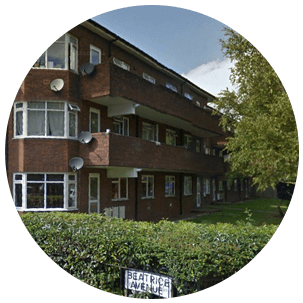 Hatch End, based in the London Borough of Harrow, comes under the postcode of HA5. It forms a large part of Pinner that also shares its postcode and is based around 12 miles North of Charing Cross. Home to Harrow Arts Centre, the centre is a major hub for events such as film, dance, art, drama, theatre, comedy, literature events, as well as workshops and summer schemes that take place all throughout the year. There are several facilities also in the area that include Hatch End Cricket Club, Hatch End Tennis Cluband Hatch End Swimming Pool. Additionally, Bannister Sports Centre, as well as the Bannister Stadium, are just located of Uxbridge Road. Hatch End is a very affluent area, and closely based to it are both Pinner Town Centre and Harrow on the Hill shopping complexes, which include a cinema, food court and department store. Hatch End is located 4 miles away from Watford, which also serves as a large shopping centre in the Harlequin. Having tree-lined streets, as well as excellent transport links, which include an overground line to Euston and well-connected A-Roads, Hatch End is probably one of the most desirable areas to live in London, from a suburban perspective.