Whether you are a household or a business, if you’re in need of Manor Park, E12 waste removal services, Handy Rubbish are the team you need to call. We operate locally, throughout the E12 district and provide eco-friendly and cost-effective solutions when it comes to rubbish removal. So if you live nearby, no matter how big the scale of the job may seem, our experts will be able to remove the waste from your property. Put your trust in us by calling our team on 020 3540 8282 and you won’t be disappointed.

At Handy Rubbish we’re dedicated to tidying up Manor Park and reducing the environmental impact rubbish disposal has on our beautiful planet. Everything that’s thrown into a landfill site produces gas emissions which ultimately contributes to climate change. That’s why we recycle as much as possible; our Manor Park rubbish removal services are all eco-friendly and we send the majority of the waste we collect straight to local recycling plants. To regain space in your home, contact us, book a service and we’ll dispose of your rubbish responsibly and ethically.

Free Up Space with Our Rubbish Removal Manor Park, E12

Loft spaces often become dumping grounds, places where old possessions, memorabilia and unused items get shoved away and left out of sight. We’re all guilty of it. But if you’ve got a loft, think of what you’ll be able to do with all that space! If you’ve come to the realisation that you want to use your loft space more effectively, get in touch with our experts and enquire about our rubbish disposal E12 services. We’re experts in loft decluttering and are available to free up your loft space in Manor Park. Call us on 020 3540 8282 for more information.

List of services we provide in Manor Park, E12

People within the E12 area hire our Manor Park waste disposal services for a number of different reasons. Many people have called upon us to sort out winter mess and turn their gardens into a blank canvas to get ready for the summer. Others have used us after going abroad and returning to find that their gardens have become a tip. Whatever your reasons and whatever your requirements may be, we’ll be able to help. For a correct and proper E12 waste collection service, get in touch with our team.

E12 Waste Collection Services at Prices That Will Astound You

We’re more than just your run-of-the-mill Manor Park rubbish clearance E12 company – with our affordable prices and regular deals and discounts, you’ll be able to choose an option from our range of waste removal services and get your requirements sorted without breaking the bank. Hire one of our teams and you’ll receive impeccable Manor Park waste clearance E12 carried out by our extensively trained experts. You won’t have to worry about a thing because we’ll take care of the lot. To get a free quote for your job, get on the phone and give us a call on 020 3540 8282 today.

My rubbish clearance tasks have been made more manageable thanks to the help of Handy Rubbish from Manor Park!

Recently, we decided to book their waste disposal service to remove some basic rubbish from our property in Manor Park E12. We were thrilled and pleased with how fast the entire process was.

No way could we imagine dealing with all that clutter ourselves, booking your waste disposal team in E12 saved us so much time and money!

Using them for my flat clearance job in Manor Park was a massive help. They swept in and completed what I couldn't. They were able to come around when I wanted them too. Overall, it was a fantastic service. I have no problems recommending them.

Handy Rubbish came and removed all the unwanted rubbish from our premises quickly and efficiently. Great builders waste clearance company in Manor Park.

I used Handy Rubbish for a huge garden waste removal project in E12 and am very happy with the price, the punctuality, and the entire team that carried out the work.

The waste removal team were friendly and swift when clearing away the junk from my property in Manor Park. I never anticipated it to be such a speedy service. It was a great surprise.

The staff from this waste disposal company were hard working and completed the job ahead of schedule. It was very hot in E12 that day too, but that didn't put them off. It only served to reignite the furnace, spur them on to complete the job even quicker.

I had never used a rubbish removal service before. A friend recommended this one, and they did a great job. Everything was hauled away and cleaned up in no time. Great E12 area company.

E12 area waste collection companies are a bit high-priced as a whole. My neighbour suggested I call this service as they had low rates and good reviews. They did a great job. I would use them again.

The rubbish removal done by your company in Manor Park, was precisely what I was hoping for. Many thanks.

New to my flat in Manor Park E12 and paid for the general junk removal service that was carried out by this firm. Thought the service was sensational, thank you.

Pleased as punch with the waste removal help I got from Handy Rubbish in Manor Park E12. Very quick, very efficient, and very professional. An A1 operation.

So happy I found this company - the best waste collection firm in Manor Park! Very cheap prices, which doesn't happen often in E12. Glad to recommend to others. 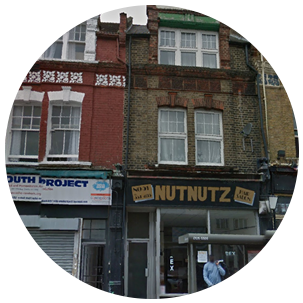 The district of Manor Park is located within the London Borough of Newham, east of the capital. It’s in a very easily accessible location in close vicinity to Forest Gate and is also surrounded by Stratford, with the 2012 Olympic Park close by. Aside from the residential aspect of the district which includes a Grade II listed building on Romford Road, the area is also notable for containing a conservation zone on Durham Road – a Victorian suburb that’s protected due to its special character. Manor Park railway station is the area’s main transport link, situated close to Itchycoo Park.