London may be one of the leading tourist destinations in the world, but it hasn’t happened by chance. The area is not only deeply engrained in history, it also has a business backbone that rivals some of the world’s leading financial cities. This backbone is largely built off small businesses, many of which make their home in Merton. If you are looking to move your business rubbish clearance Merton SW19 is going to be high on your agenda. When it comes to Merton waste removal services, plenty of companies will be on hand to help. However, not all of them can deliver exactly what you need every time.

When you want the very best Merton SW19 waste clearance operation that money can buy, don’t waste your time with the imitators and pretenders. Pick up the phone and call the Handy Rubbish team on 020 3540 8282 today. We are standing by waiting for your call. We will provide you with more detail about what we can offer, along with a completely free no obligation quote.

If areas like Mayfair and Knightsbridge are all about luxury, then Merton is certainly an area about prosperity and business. As time goes on, the area becomes more and more associated with local and small businesses. If there is one thing that all these businesses have in common; it is that at one point or another they must tackle the task of Merton rubbish removal SW19. When it comes to waste collection SW19 and your business, the very last thing you need to be doing is putting your job into the hands of a company that doesn’t know what they’re doing. Thankfully, you needn’t have to do that ever again. This is because Handy Rubbish is on hand to remove rubbish from your office. Using the very best in both staff and apparatus, we know what Merton waste disposal truly entails.

If you are on the lookout for a new company to take control of your rubbish disposal Merton needs, then pick up the phone and call 020 3540 8282. We will talk you through the entire process from start to finish; we will also provide you with a free no obligation quote.

I recently switched to Handy Rubbish from another rubbish removal service. They have better prices, and their team does a better job. I have recommended them to several of my Merton neighbours.

I was looking at the builders waste disposal prices in Merton and my eyes were watering. But luckily, I continued doing my research and came across Handy Rubbish. They gave me a great quote. I bit their hands off right away, immediately accepted. Amazingly, they stuck to the quote too.

The rubbish clearance team arrived in SW19 promptly and got to work right away. They followed the instructions that had been told to them previously and in the end, ended up providing top-notch service.

Just like everyone else here says, Handy Rubbish is a great rubbish removal firm to call if you live in Merton SW19.

The great pricing of this rubbish collection company in Merton SW19 is fascinating. They are truly amazing at their craft.

My neighbour recommended Handy Rubbish waste disposal services. They are the least expensive in the Merton SW19 area, and they did a great job.

Really appreciated the work done by their junk collection team. All rubbish in Merton SW19 was removed; the place was left clean.

We hired this company to do a waste clearance at our flat in Merton SW19 after getting some work done. They did a fantastic job. Would hire again.

Great outfit and can handle anything you throw at them. Flexible too with dates and timings. Recommended for anyone needing a waste removal team who will collect every scrap in Merton.

Spending all summer renovating my new home in Merton I used Handy Rubbish for rubbish removal. Would use again when needed.

I ended up with a lot of waste after a home renovation project in SW19. I had to hire a professional waste collection service in Merton but I was on a budget and needed a cost-effective service. I found Handy Rubbish and was fully satisfied with their help! They removed all the rubble for a low price and I got just what I wanted! 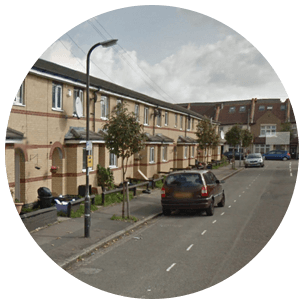 The Place to Live In

Merton is a borough based in South West London, even though it may seem like it has been around for a while it is in fact a relatively new area on the grand scheme of things. The area was formed during the London Government Act of 1963, before being dubbed an urban district in 1965. The area also finds itself situated amidst several other well-populated London areas, including Wimbledon, which is a popular tourist destination. The borough itself takes its name from the former historic parish that resided there, which itself was called Merton. On paper, Merton may seem like a fairly subdued area, but it actually has several famous connections. Many don’t know that the area was one of the homes for the ITV series “The Bill”. In fact, the home set of Sun Hill Police Station was located there. Video games have also found themselves a home in the area. Mega-producers Square Enix and Eidos Interactive operate in Merton, by sharing the same head offices. Next time you sit down and discuss up and coming business areas in the capital remember that Merton is bringing a lot to the table, even if such isn’t widely publicized.