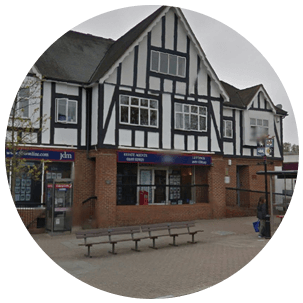 Petts Wood can be found in south east London in the borough of Bromley. It is a suburb in the postcode district BR5 and is surrounded by places such as Bickley, St Paul's Cray and Chelsfield. The nearby postcodes include BR1, BR2 and BR6. Petts Wood is a mainly residential area as it is suburban and was mainly built in the 20th century as a top quality estate. This is no longer the case, but the good railway links that Petts Wood maintains with the city still remain.  As with many places in London, Petts Wood is also the birthplace of some famous people. There is an extremely wide variety in this area but these include Sir Geraint Evans, a Welsh baritone operatic singer, Cerrie Burnell, an actress and the comedy actor and writer of The Faill and Rise of Reginald Perron, David Nobbs. Alongside its famous people Petts Wood has a brilliant number of facilities for its residents, including three sports facilities, three schools and nine places of worship alongside brilliant transport links.