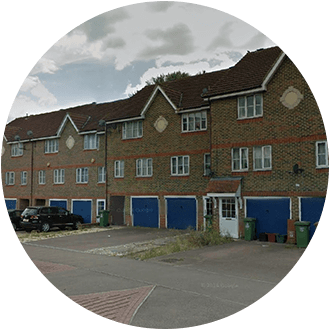 In and Around Thamesmead

Thamesmead has transformed the former marshland on the south bank of the River Thames into a residential area in South East London. It is a large area spanning the three postcode districts of SE28 and DA18 and is found in the London Boroughs of Greenwich and Bexley. Currently, the area doesn’t have any underground or overground rail networks, yet it is well served by buses making the tube and railways accessible. Thamesmead has both daytime and night buses operating every day throughout the district. The original architect of the area built in many canals to give the district a 'calming' effect.