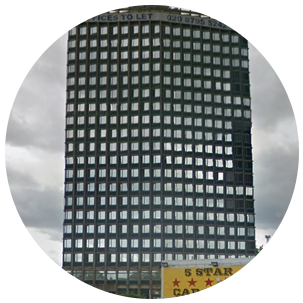 Based in the London Borough of Brent in North West London, Tokyngton is also known locally as Monks Park. The name was first mentioned in 1171 and means 'the farm of the sons of Toca'. It is located close to Wembley and covers part of the Harrow Road. For transport, there are two major stations: Stonebridge Park station on the Bakerloo and Watford District Lines, and Wembley Stadium railway station. A predominantly residential neighbourhood, Tokyngton consists of Edwardian terraces and semi-detached housing. It is close to Stonebridge, Ealing, Wembley, Neasden and Alperton. Tokyngton Manor F.C. is the local non-League team, which plays at Spratleys Meadow.