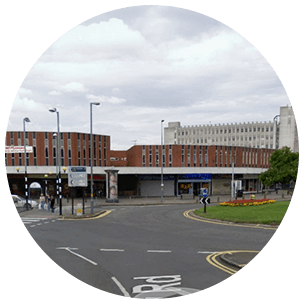 About Acocks Green in Detail

Acocks Green is found in south Birmingham, and is named after a family of the same name who built a large house in the area in the 1300s. Acocks Green is home to a number of parks and open spaces, including the Fox Hollies Park, which has its own man-made lake. There are a number of local amenities, including a shopping area, library, bowling alley, bingo hall and skate park. There are seven churches to be seen in Acocks Green, including the Grade II-listed St Mary the Virgin church. Travelling around the region is made easy thanks to the many bus routes and services that operate locally.