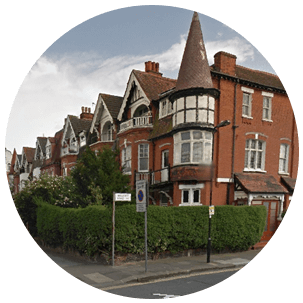 Acton is a residential district in the London Boroughs of Ealing, Hounslow, and Hammersmith and Fulham. It covers the W3 and W12 postcode locales and consists of the West Acton, North Acton, South Acton, Acton Central, Acton Town and Acton Main Line areas. With seven tube/train stations, it is one of the best connected areas in London and is just 6.1 miles west of the central Charing Cross station. The District, Piccadilly, Central and over-ground lines all run through here, while the London buses also offer regular services into the centre. The area is mostly residential in nature and has a relatively large antipodean community. A small Polish and Somalian community can also be found here, along with a growing Japanese population. Houses tend to be purpose-built with a large number of flat shares. Other than its houses, the area also has a number of shops, bars and restaurants to frequent and is close to the Chiswick Park, Northfields and South Ealing districts. If you want to escape the busy streets then the beautiful Gunnersbury Park can be found in the south of Acton and is a wonderful place to spend summer days.