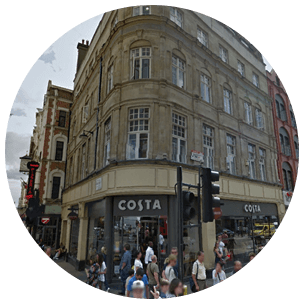 Chinatown, a Much-Loved Centre for So Many

Like other Chinatowns around the world, London's Chinatown is so named because of its historic associations with Chinese businesses and inhabitants. The Chinatown of today, just off Shaftsbury Avenue is not however where Chinatown has been located in the past. It was first known as an area in London's East End near the Docklands which catered for the Chinese sailors who frequented the district. The growing popularity of Chinese cuisine and restaurants during the 1970's meant that Chinatown became more established in a relatively small area based around Gerrard Street and Lisle Street. The Chinese refer to Gerrard St as 'Tong Yan Kai' or 'Chinese Street' and it's has become a tourist attraction gained popularity for those seeking authentic Chinese produce particularly in regards to cuisine and restaurants.  Chinatown is regarded as an important area not just by the Chinese community in London but for those further afield and is also accepted by many as the centre point for Chinese New Year celebrations. The main postcode area for Chinatown in Soho is W1 or more specifically W1D with surrounding areas including W1F which takes in the north-west of Soho whilst other nearby postcode areas include W1C Oxford Street, W1B Regent Street and W1T Tottenham Court Road. The two nearest underground stations to Chinatown are Picadilly Circus and Leicester Square.