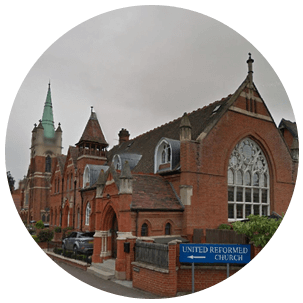 Chingford is an area to the north-east of Central London. Districts around Chingford include Edmonton to the west, Woodford Green to the east, Epping Forest in the north, Enfield to the north-west and Walthamstow to the south. Chingford gained urban status in 1894 and now has come under the London borough of Waltham Forest. Although the River Ching runs through the area, it's thought that the river gained its name from the settlement that rose up on its banks rather than the other way around. It's a district that's surrounded by a number of green areas such as The Hawk Wood, Hatch Forest, Bury Wood and Mansfield Park. Epping Forest is also nearby and that includes Chingford Plain. This is home to a notable local landmark, Queen Elizabeth's Hunting Lodge built for King Henry VIII in 1543. Chingford railway station has trains to Liverpool St with Highams Park Station also nearby. Chingford uses the postcode E4, the postcodes to its immediate south are E17 and E18 with E5, E10 and E11 also close by. Places within fairly easy reach of Chingford include Tottenham, Edmonton, Ponders End, Loughton and Buckhurst Hill. Notable Chingford residents in the past included Winston Churchill, David Beckham and, Carry On star, Leslie Phillips.