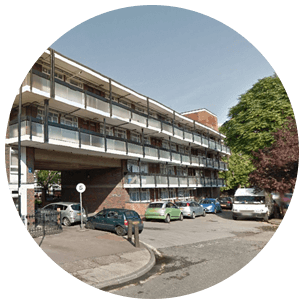 Cubitt Town is a region that lies on the Isle of Dogs in Tower Hamlets in London. It covers the postcode district of E14 on the east of the Isle, and faces Greenwich across the river Thames. Border the west of Cubitt Town is Millwall and to the northwest is Canary Wharf, with Blackwall lying to the north.  The town is named after the Mayor of London in the 1860s, William Cubitt, who has contributed majorly to the development of the region in the 1840s and 1850s. The area is home to an amalgamation of people; it hosts a mix of old East London working class communities, high-rise middle class employees and the less recent Bangladeshi and East Asian immigrant population. The nearest railway stations in the area are Crossharbour and Island Gardens on the Dockland Light railways. There are also a number of buses that operate in this area although the Greenwich Foot tunnel and the National Cycle route 1 can easily be accessed by walking or cycling across the river Thames. Cubitt Town is popular for being home to a number of shipbuilding and asphalt industries. Cubitt Town is constantly changing and has potential to include more developments in the future.