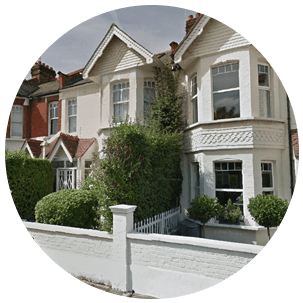 East Sheen, also known as Sheen, is a suburb of London that lies in the Borough of Richmond upon Thames and covers the postcode district of SW14. Derived from the old word Sceon meaning shed or shelter; in the 13th century, Richmond was known as Sheen so it was only logical that the hamlet lying to its east became known as East Sheen. Most of the 17th and 18th century houses built here were demolished after the arrival of the railways to make way for smaller, cheaper living quarters and subsequent modern architecture. Modern buildings here include a mix of low and mid-rise buildings that are dotted with parks and open spaces. Sheen Lane has been classified as a conservation area and has a mix of mid to late Victorian shops and cottages. East Sheen gets much attention in the property market for its ideal living and commuting conditions. Real estate for sale or rent are very few and often go quickly because of the large number of good private and state schools in the region. Plus Waterloo is only 20 minutes away by train. The High Street is the hub of not only East Sheen, but also Mortlake, with a number of goods stores, convenience services, offices, restaurants, cafes, pubs and suburban supermarkets lining either sides of the avenue.