We are the very best waste collection company that covers the whole of West London. We can help you with all kinds of property clearance and this includes office clearance. We have professional trained staff who can come to any location and make sure that what you want done, is done to your exact requirements. It may be you want a house clearance or perhaps a garden clearance, we're the rubbish disposal company that will collect and dispose of your junk, waste and rubbish legally and efficiently. One of the main benefits of hiring our West London rubbish removal services is that you won't need to hire a skip which can be both expensive and time-consuming. 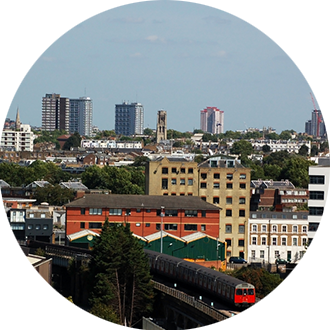 West London has some of the most exclusive addresses in London and is also home to world renowned museums and attractions. From Kensington, Hammersmith and Notting Hill towards central London to Ealing, Southall and Hanwell further west, it's a region of London which has many green areas such as Hyde Park and it's home to places such as the Natural History Museum and the Albert Hall. From Shepherd's Bush to Uxbridge, it has wonderful transport links which includes Heathrow Airport being situated in Hounslow. The W (West) postcode takes in West Central London (WC1) and goes up to W14, West Kensington. West London is home to many famous venues such as the Hammersmith Apollo and Olympia. One other place of interest is Fulham Palace which was once home to the Bishops of London. West London is an area of the capital which is not only seen as a very desirable place to live but always wonderful to visit.

You can also save yourself the hard work of clearing an area of rubbish because we do it for you. It's easier in so many ways to have any clearance done by simply making a phone call to our company. One other factor that makes it so attractive to use us for junk removal is that we have such wonderfully reasonable prices. To find out immediately how cost-effective it is to use our rubbish removal West London company, you can call us now on 020 3540 8282. When it comes to every kind of domestic clearance in West London, Handy Rubbish is the company you should call every time.

There may be a particular reason you need an area cleared of rubbish. It could be as a result of house renovations or perhaps there's been an accident such as a tree falling over in the garden. Our experience and know-how counts for so much. It means when you're faced with a situation where you're wondering just how you are going to get rid of a lot of 'stuff', no matter what that stuff is, we can get rid of it for you. We also work for a number of businesses so if you have, say, an waste clearance West London you need carried out, then we have the method of doing it for you professionally and making sure the area is cleared quickly for you.

Get the Best Rubbish Clearance Company in West London

We pride ourselves on being able to do a job which is not only expertly carried out but done for a fantastic rubbish disposal value price. It's why so many come to us when they need a domestic or West London rubbish clearance company they can rely on every time. So call us now on 020 3540 8282 and you can receive a free quote on what you would like moved whether it's a garage clearance, home clearance or something else. Handy Rubbish is the professional choice for waste disposal and the only choice if you're wanting a clearance job done for a fantastic value low price.

Handy Rubbish was very efficient and did the waste clearance as promised in West London.

The technicians from Handy Rubbish did a fantastic job in West London with the waste removal of an old bed.

I am so thankful that they did not damage anything while doing junk removal at my home in West London. Great job guys!

This time the rubbish removal team arrived at my apartment in West London at the expected time, and they got in and out with no difficulties.

The crew in West London was very prompt and fast. The rubbish disposal task was a piece of cake for them. I will continue to use them.