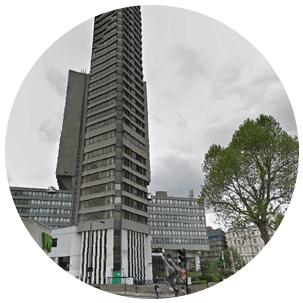 Kensington is one of the most affluent and luxurious areas of London in which to live. Found in the London Borough of Kensington and Chelsea in Central London, Kensington has many fantastic shopping opportunities, a rich history and lots to explore! Kensington’s High Street was once named as London’s second-best location for shopping, and with many upmarket and designer stores to be found! It’s not all commercial and residential properties in Kensington though, as the area is home to many garden squares, as well as the famous Royal Park of Kensington Gardens and Holland Park. There are lots of exciting sights to be seen in Kensington, including Kensington Palace, the Royal Albert Hall and the Royal College of Music. For those with an interest in history, the Natural History Museum, the Science Museum and the Victoria and Albert Museum are considered to be some of the best museums in the country, and can all be found in Kensington.