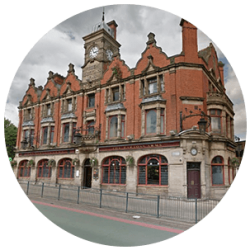 Take a Look around the Local Area

New Town Row is an area of Birmingham covered by the B6 postcode area. The B6 postcode also includes Aston and Witton. The first mention of the area was made in the late 1700s as it steadily began to expand. As the area increased, a new road was built and the development was called New Town Row. The road gave the district its name. The surrounding green fields swiftly gave way to architecture including St Stephen’s Church which was constructed in 1844. The designer was renowned gothic architect R C Carpenter. By the 1970s the area had features thriving sets of shops until a new purpose-designed shopping centre came in its place.