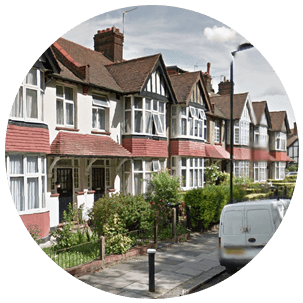 Keston - a Charming Place to Reside

Keston is located in the London area of Bromley, but part of the rural area of South East London. Its postcode is BR2. Keston sits on the edge of Hayes Common and to the north Kent. It is an attractive village location with splendid views or rural countryside that surrounds the village. There is plenty of history to this place with flint tools and dwellings, believed to date back to 3000 B.C, found on Hayes Commons. The area is a wealthy suburb with stunning mansions. The area has a rich past and Keston Park is a residential area and a gated part that expands over 140 acres. This area was once home to Margaret Thatcher and her family, Rolling stone Bill Wyman and footballer Kenny Sansom. Keston has a medieval church, 3 pubs, and 3 windmills. Transport links include 2 London bus routes in and out of Keston, one is 146 from Bromley North to Downe, and the other is 246 Bromley north to Westerham. There is a railway station located 1.5 miles away in Hayes and another just over 2.5 miles in West Wickenham.