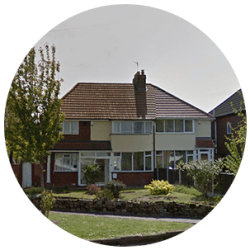 Historically, Oscott was a hamlet in the ancient parish of Handsworth in the north east part of Perry Barr. Old Oscott was rich with religion, with Christians and Anglicans professing their faith. Father Andrew Bromwich set up a Roman Catholic Mission to the Midlands on Old Oscott Hill. Today, the unassuming Grade-II Listed St Mary’s Institute stands proud and provides a peek into the past. The building was used as a college for boys and ecclesiastics. A little later Maryvale Roman Catholic Orphanage was opened which featured a schoolroom for its residents. The educational establishments continued to expand as the number of local school children increased.