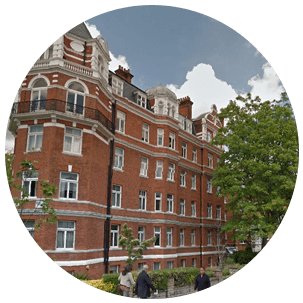 Find out more about the area

Based in North West London (and within the City of Westminster), St. Johns Wood is becoming an area of increasing residential appeal. History shows that it was once part of the ancient Great Middlesex Forest, which itself was once owned by the Knights of St John of Jerusalem, hence the name St. Johns Wood. The area itself is known for its affluence, as the NW8 postcode ranked as the 5th most expensive in London by Forbes magazine back in 2007. By 2013 the cost of housing in the area had far exceeded the predictions of many, as 10 large mansions along Avenue Road drew in big money. Many of such sold for around £25 million, showing that the area has truly become a playground for the rich. The area has also played host to many famous residents, including Lily Allen, James Caan, Vanessa Feltz, Tony Hicks, Andy Irvine, and Sir Richard Branson. Obviously, being highly residential has meant that transport plays a big part in St. Johns Wood’s appeal. The bulk of these transport connections are based on the London Underground, as St. Johns Wood, Swiss Cottage, Maida Vale, Marylebone Station, Warwick Avenue, and Baker Street stations are all close by.