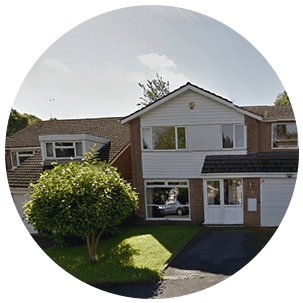 Chad Valley, which gains its name from Chad Brook, is a small area in Birmingham, situated between Edgbaston and Harborne. It’s a very quiet area, far more serene then the nearby suburban area of Central Birmingham, and contains a fish pond and the Chad Vale Primary School. In the vicinity there’s also Chad Brook and the Ravenhurst Playing Fields – some greenery in amongst the city. Chad Valley is mostly thought of as a trademarked name – the name of Chad Valley Toy Company – rather than a place name, but it is used to describe the area surrounding the now defunct factory.