If you are moving into a new property or getting some improvements done in your present property, you are likely to have to deal with the problem of builders East Ham, E6 waste disposal later on. Your garage or basement might have been looking too crammed and dingy of late. Or you may be worried about how to get your old fridge or freezer to the landfill. For all these and many more house clearance problems, you need the best East Ham waste clearance company to be your one-stop solution. Handy Rubbish has served East Ham and the nearby postcodes E12, E7, E15, E13 and E16 for years now and has a big network of satisfied customers to boast of. We can help you get rid of all kinds of waste from any location at any time you choose.

Our list of services includes the following rubbish removal services in East Ham, E6:
•    Commercial – office clearances that include equipment and furniture disposal. We have the necessary licenses to remove and transport almost all kinds of waste.
•    Residential – flat clearance, E6 garage clearance, loft clearance, garden clearance and furniture clearance.
•    Recycling – all waste is sorted before disposal and we aim to recycle a huge part of waste in each load.

Apart from the above mentioned services, we also provide a number of specialized collection and E6 waste removal services about which you can understand more by giving us a call on 020 3540 8282.

List of services we provide in East Ham, E6

Look No Further, the Best East Ham Waste Clearance Company Is On Your Disposal

Our removal crew is trained and equipped to handle all kinds of waste collection East Ham and disposal using environmentally approved methods. At Handy Rubbish, the customer remains at the centre of our business, so we always go out of our way to accommodate our clients’ needs and demands. Whether you need only manpower or transport or the whole sort-remove-dispose package, we will be happy to meet your requirements whenever you have such.

We also provide same day East Ham rubbish disposal E6 services. Our team is extremely customer friendly and will be in touch with all throughout the process to ensure that everything goes smoothly. All this and more is available to you at very competitive prices. If you don’t believe us, give us a call at 020 3540 8282 for a quote and hire our E6 rubbish disposal East Ham company!

Handy Rubbish met my loft clearance needs in East Ham. They took care of everything without batting an eyelid. It was a swift and professional service, just what I was after. I'd recommend this company to anyone.

My old junk clearance company raised its rates, so I started searching for an alternative. This East Ham company had very reasonable rates, and their rubbish removal team ended up being quite exceptional.

Handy Rubbish in East Ham E6 has one of the best rubbish clearance teams in the business. They did an excellent job at my property yesterday and saved us a couple of pounds. I would absolutely recommend their services.

Despite it being a rather large job, I certainly didn't want to end up paying a crazy amount for rubbish disposal in East Ham E6. I got my wish, was provided with a brilliant quote by Handy Rubbish. It was cheap and mightily professional service.

If I ever need another rubbish removal service, I will use Handy Rubbish in East Ham E6. They did an excellent job.

My sister is coming to stay with me while she attends nearby East Ham university. I have the extra room, but it needed to be cleaned out. I hired Handy Rubbish due to their affordable rates, and they did great.

Handy Rubbish is really effective. They are skilled and amazing at what they do. I had them work on my garage, and that was a great junk removal I've ever received since I moved in East Ham E6.

I had a big house clearance task on my hands and Handy Rubbish were the only East Ham team that I considered calling. They didn't let me down just did an amazing job in a short space of time. The price of the whole job was great too which was a bonus.

The two-person team from Handy Rubbish in East Ham E6 was prompt and friendly! However, I would hire this particular company in the future to help me with the waste collection! Very much appreciated!

The team is fast, efficient, and reliable junk collection company in East Ham. They understand the nitty-gritty of waste removal. We are satisfied with their services.

We discovered them online. They have worked for us in the past and they will continue to be our choice in East Ham E6. They know how to approach rubbish collection services.

Excellent waste collection service in East Ham! I booked with them yesterday and their brilliant service and attention to detail blew my mind. Best team and costs in E6! 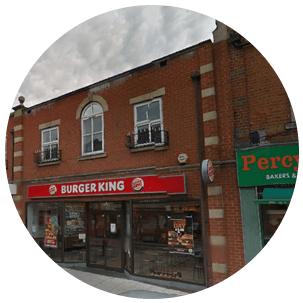 Located in the London Borough of Newham, East Ham is a suburban district that covers the postcode area of E6. Primarily known for its quiet village life, there is a number of parks and green spaces dotting the countryside. Formally known as ‘hamme’ or ‘hame’, it means a dry area of land between rivers in old English.  The location is bordered by the rivers Lea, Roding and Thamesand and it wasn’t developed until the railway station was constructed in 1859. This is why most of the architecture in the area includes Edwardian and Victorian terraced town houses, often in tree-lined areas. Central Park and Plashet Park both offe open spaces that combine playgrounds and cafes. East Ham has a multi-cultural population made mostly of African, South Asians, Caribbean and eastern European residents. Transport links to the main city can be found on the District and Hammersmith lines on the Underground that service East Ham and Upton Park station. Owing to its variant population, there are many stores and restaurants in the area that offer different ethnic groups cuisines and commodities typical for each of them.