We are the very best of Central London rubbish clearance services because we give you a means of clearing any location professionally and efficiently and we do it for a fantastic value price. Whether you're wanting some items cleared from your home in order to give you some more space or whether you're wanting a complete house clearance where everything is taken away, we're a waste collection company that does it better in every way. We are available for both homes and businesses so if you're looking for superior office clearing services you've come to the right place. 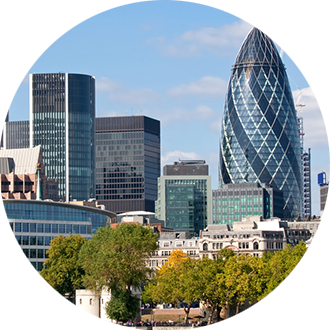 Central London includes some of the most famous buildings in the world. From SW1 and Westminster's Houses of Parliament to Buckingham Palace, also in SW1, the centre of London is the centre of a major global city. Yet, it's also a place which is where so many people live and work. An area which is vital to the overall economy not just of London but to the UK.  Central London can include areas south of the Thames such as Wandsworth and then reach as far north as Camden. To the east it takes in the City of London as well as Tower Hamlets. Areas to the west include Chelsea and Kensington. Many central areas have postcodes which designate them as being central such as WC1 and WC2 or EC1 and EC2. Within these very popular areas you'll find major centres for shopping, entertainment, administration, education and culture. The population of Central London is approximately 1.5 million.

Quite simply, our expert team arrive at a date and time specified by yourself, collect and then dispose of the rubbish. We work within the current legislation and only use licensed disposal sites. We also try to recycle as much as we can of the rubbish you have. We are a trustworthy and reliable waste removal team who strive to give you a service that's both practical and efficient. It means if you're wondering what you should do when you have an amount of waste, junk or items such as furniture you need to get rid of, give Handy Rubbish a call now on 020 3540 8282 and we'll give you all the information you need including a free quote.

One of our most popular Central London waste clearance services s our office clearance and no matter whether it's IT equipment, office furniture or anything else, we can dispose of it for you in a quick time and for a price you'll be very glad to hear. It may be you want house clearance professionals, then whether you want loft clearance or garage clearance, we can help you out. What's even better about our commercial clearance and domestic clearance company is that by hiring us you don't need to worry about skip hire. Across Central London our rubbish disposal team is hard at work on a daily basis helping proprietors, residents and businesses with every aspect of junk removal.

There is simply no need to contact the council and apply for a skip hire permit or do anything else because with a truck operated by us and loaded by us, your waste disposal is immediately taken care of with welcome ease. Likewise, we can be there for you after building work has taken place with our builder's waste clearance service. We do anything and everything for you and with many years experience, the finished result is very pleasing to the eye as well as being very pleasing on the pocket. For an immediate free quote you can call us now on 020 3540 8282 and find out how Handy Rubbish can take care of your rubbish removal in Central London better and cheaper than anyone else.

I appreciate that Handy Rubbish sent workers that came on time and were very polite and professional. I really liked how well they provided junk collection service in Central London.

The guys from Handy Rubbish in Central London were great and quick. I would use them again for waste disposal.

I was very impressed. They were very considerate while completing junk removal at my home in Central London.

The crew arrived on schedule and does my waste removal. They are also polite and professional. I would recommend to anyone in Central London.

The team arrived promptly at my home in Central London during the pickup window. They actually had to disassemble some furniture in order to get it out of the house. It was truly a professional job and I would highly recommend.